This is not a vacation spot that would get even three stars on TripAdvisor. Arya joins Sansa on that courtyard balcony she likes to hang out on and shares a warm memory of Ned Stark watching her practice archery.

We can picture this in our minds and smile. Arya also reveals she was in the crowd when their father was executed. In another tale, the sisters might have bonded over their mutual horrific memory, but not in this one.

Being the younger sister, naturally Arya threatens to tattle. You never would have survived what I survived…Do you know how happy Cersei would be if she saw us fighting?

If Sansa posted this on Facebook, everybody would Like it. For once, our longtime fan favorite Arya is so very in the wrong. Next: Twisted sister.

Sansa meets with Littlefinger. One might wonder: If Littlefinger is on Team Sansa, why leak a letter that makes her look terrible?

You see, Littlefinger is all about fulfilling his vision board — which we imagine is covered with pictures of Sansa, the Iron Throne, and fancy new tunics.

Littlefinger wants to push Sansa into seizing more power. He also wants Sansa trusting only him. Plus the lords at Winterfell are mulling pushing for Sansa to take charge instead of Jon.

Later, Sansa receives a letter asking her to attend a summit with the Lannisters. We assume this is the meeting Dany and Jon Snow are setting up to try to prove the existence of the Army of the Dead.

Sansa is like: No. Lady Stark will never put herself in a position of trusting the Lannisters again. Brienne is more concerned about leaving her alone with Littlefinger, but Sansa thinks she can handle him and rather coldly dismisses her.

Sansa is freaked: What kind of creepy psychopath has my sister become? Arya needs some therapy, or some time at the Winterfell spa day, or something.

Beyond the Wall : Where are all the travel scenes? We get some jaw-dropping shots of the icy winter wonderland as Jon Snow and company trek north without any Gore-tex or even thermal underwear while having a series of brief chats:.

I realize that Beric has a really cool voice; I want him to narrate audiobooks. Ser Jorah refuses. If I were Jon, I would hope Ser Jorah would take the sword because walking for miles in the snow while carrying a giant piece of steel on the side of your hip must be brutal.

Jon keeps halting his walk in mid-conversation to have a meaningful moment with somebody, and I keep imagining the entire group behind him having to stop and wait awkwardly while he finishes.

They enter a blizzard and see something ahead. A threat. A zombie polar bear! This is something the GoT team have wanted to get into the show for years.

The resulting attack, staged by director Alan Taylor, plays a bit like a shark attack on dry land. They fight the bear, setting it ablaze.

Except the toughest talker of all of them freezes in the face of danger. The Hound, to use a Watership Down term, once again goes tharn when facing the threat of fire.

I like that none of the men give him grief about this afterward. Next: The Wight Stuff. Later : They spot some wights and a White Walker and attack.

So this is a rather key addition to the Army of the Dead canon. The captured wight screams like a wounded baby T-Rex, and we know trouble is coming in response.

Gendry runs and runs. He eventually collapses at the Eastwatch gate. All that cardio from three years of rowing has clearly paid off. To stay up to date on everything Game of Thrones , follow our all-encompassing Facebook page and sign up for our exclusive newsletter.

Tyrion suggests Dany is hot for Snow. We love the tantalizing prospect of Dany meeting Cersei, and they debate laying traps.

The Hand of the Queen then pushes his luck even further by bringing up a succession plan — who should rule if she were to die? Still, this topic raised a red flag for me.

Why is succession suddenly being discussed? Daenerys is often in danger, but this is the first moment in the history of Game of Thrones that made me really worry her.

Whether foreshadowing or red herring, we shall see. Later, Dany and Tyrion receive that urgent message from Gendry.

I assume Dany is super excited to have a reason to wear her awesome dragon queen snowtrooper winter-wear ensemble.

She readies herself to mount up and ride into battle, preparing to go full triple dragon for the last time. Daenerys is the one who knocks.

Beyond the Wall : Jon Snow runs like mad from the wights. The group flee to a rock formation in the middle of the frozen lake.

The wights start to converge on their position but fall through the ice. So the wights stop their advance, surrounding them. The Night King arrives and sees Jon.

The men talk through their options as Thoros dies and gets cremated by his own booze. No more resurrections for Beric, who suggests they just make an attempt to kill the Night King.

Next : Exit the Dragon. The Hound tries kicking the captured wight. He does this to make it scream and lure the wights across the thin ice.

Anonymous grey shirts get killed. Once again, things are looking bleak for Jon Snow. I want her to turn all three of them at once on the Night King and roast his arrogant big-nosed face.

The Night King has a spear. He aims like a javelin-throwing Olympian bringing winter to the summer games. He lets it fly and scores a direct hit on Viserion, and the dragon bleeds fire, falling into the frozen lake.

Sam is confronted for his actions. S7, Ep4. Daenerys takes matters into her own hands. Arya reaches her destination. 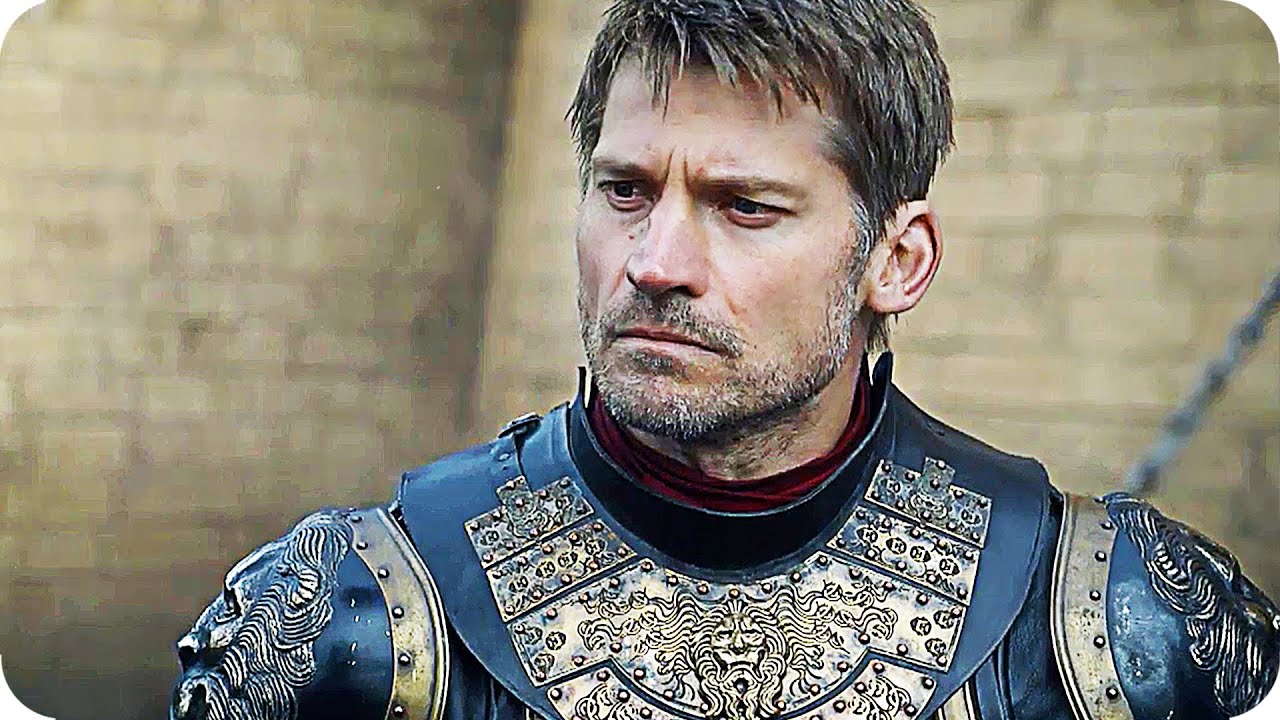